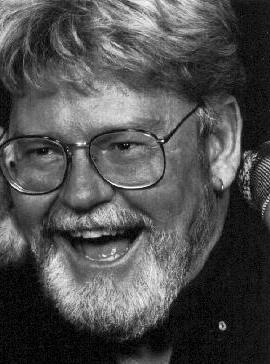 My ex Michael is a really good teacher. He is intelligent, and presents information clearly... doing things like having the class read to and tutor each other to make sure everyone is learning the lesson. And his patience - oh my god his patience - with the women in his floral design class. They all yell at him from across the classroom "MichaelMichaelMichaelMichael!" and he will go over to them and calmly re-explain the same things he told them yesterday when they weren't listening: that the goal is to provide areas of focus by using a triangle template. Intersecting pyramids of flowers, not "dual car headlights" or the dreaded Big Silly Ass Blob Of Flowers In One Corner.

Michael is also an attractive man, and every year there is some woman who is taken in by his southern accent and bearish good looks, and the student tries to flirt with him. I'm always amazed that some people are clueless when it comes to gaydar. He's an *unmarried* man teaching a *floral* design class! Do you NEED a memo? But Michael was always nice to those students, pointedly introducing me as his partner, and charming even the most hardened homophobe with humor and kindness.

Sarah was one of those clueless students. She said she almost didn't come back to class on the second day, because she suddenly realized her new teacher was one of *those* people. But she stuck with the class, and the next week went to eat with Michael and some other students for lunch. Soon, she was carpooling with Michael some mornings and volunteering to help out with his other classes. Sarah has since marched in the AIDS walk, and I heard her speak strongly for gay marriage. And she welcomed me into her life as well, inviting me to some coctail and dinner parties at her house, where I met her wonderful husband and their son.

The son is why I am writing this post today. He came out to his parents as gay last week. He said that the biggest reason he came out was that he saw Michael and me together for years. He saw how we interacted, and it was clear we loved each other. The fact that his mother completely accepted Michael gave him the courage to show his mother who he really was. And the example of the two of us as a gay couple showed him that there is honor and commitment even when you are homosexual.

Michael thanked the boy for the kind words, and congratulated him on the courage for coming out. Then he had to share the news that Michael and I broke up last year, and are no longer together. Ouch!

Welcome to the gay world, baby boy. I hope you have more luck than I did. No... that's not fair to say. I had 14 good years. I hope you find love, and lose it, and find it again, I hope your new gay life is full of surprises, and hot sex, and lots and lots of love. Like mine is.