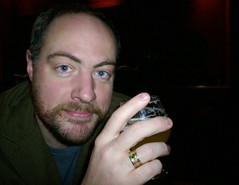 Paris didn't connect with me on this trip. Too much dog shit, frantic shoppers, bears who ignored me at the bar, and rude annoying Paris street kids.

But Brussels? I have a new favorite European city. Wow... on the first night there, I was entranced by a huge Christmas market that ran down the hill from our hotel like it was a ski run. The city was great, and the people really friendly. What can you say about a place known for beer, french fries, comic strips, and chocolate? It's french without being pretentious.

Here are some things I saw. But I hope to go back there soon and see more. Bruge, Ghent, Antwerp, and go up to Amsterdam. Maybe I'll stop learning French... I could never speak it well anyway. I'll switch to German and make my way east across Europe.

Here is my first ever attempt at a flikr set for the trip... because all the cool kids are doing it.
Collapse