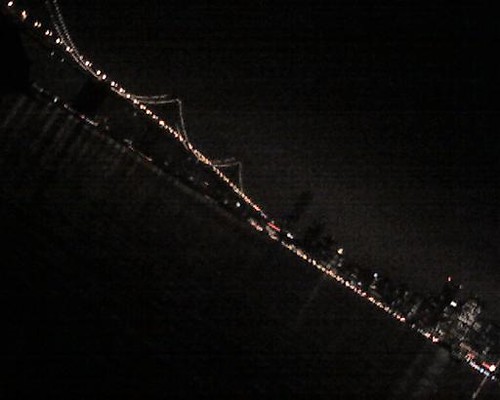 It's an absolutely beautiful place to play rugby. The pitches are very nice, and I am treated to stunning view of the city every time I drive to and from practice. There are always limousines parked near the bay bridge filled with newlyweds and drunk partiers there to see the view. We are there Tuesdays and Thursdays from 7:30 to 9:30 or so, so in the winter it's dark before we even start practicing. The artificial lights create a really spooky moody atmosphere, though the shadows they cast are really annoying when the ball is hard to see and hits you in the face from a bad pass.

Practicing with the San Francisco Fog on Treasure Island is one of my favorite things about moving to the bay area last fall.