I love San Francisco, but it's citizens are fucking whiners. They complain about a lot of things. In arguably the country's most gay-friendly city, we complain that about gay rights. Even though civil unions gave us a thousand times the political power of, say, gays and lesbians in Virginia, we complain that we want full marriage... but, be honest, on the state level, it's a change in name only. Or here is another example: last month my coworker was complaining that it was *cold*. In February. And I looked down, and he was wearing sandals. In FEBRUARY. And whining that he got cold walking across the parking lot to get into the warm office. 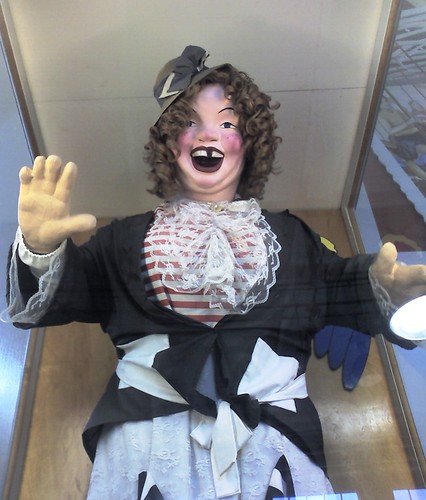 I love Fisherman's Wharf. But most people living in San Francisco never go there. *Never*. They complain that it's too touristy. Now, if the wharf was magically transported to any other major metropolitan city in American - say Minneapolis - it would be a marvel and the centerpiece of night life. Everyone would go there once a week. But in San Francisco, there are too many things for a gay guy to do: Castro, SOMA, a hundred other neighborhoods and restaurants and attractions. The wharf is ignored, even though it is a fantastic place. 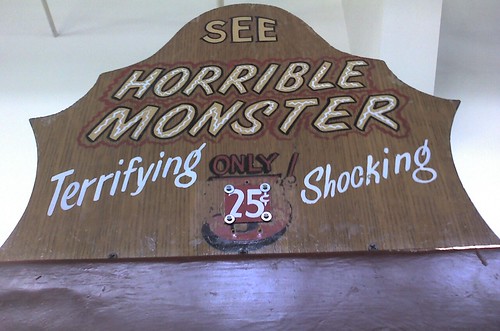 For example, on Fisherman's Wharf, I love the Musée Méchanique. It's a penny arcade filled with wonderful arcade machines. It used to be underneath the Cliff House restaurant. I had a magical night when I was waiting for an hour for a table at the restaurant. I left my ex and my mom who were talking, and decided to walk around the grounds. I turned a corner and all of a sudden I was in an unexpected hall filled with arcade games. Not to mention the nearby "camera obscura" and the ruins of the Sutro Baths. I was suddenly in heaven, and it was all by chance. It's one of my favorite memories: not just a memory of San Francisco, but one of my favorite memories in my entire life. 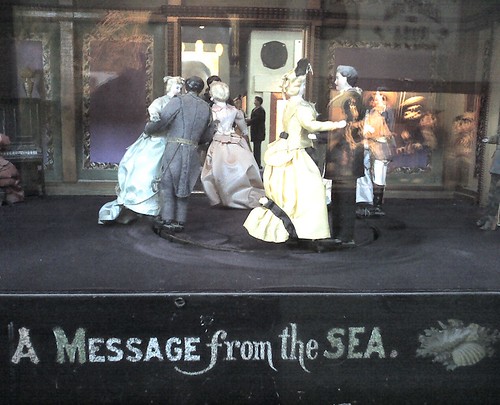 The Musée moved a few years ago to the current place, a big warehouse next to Alito's and Fisherman's Grotto restaurants on the wharf. All your favorites machines are here (Skee-ball, movie reels, dancing puppets) as well as some new things (a Death Race videogame, vibrating chairs, love meters and biorhythms). The place is full of magic: I feel like Tom Hank's character in Big, or maybe the boy in Ray Bradbury's "Something Wicked This Way Comes". The Musée Méchanique centerpiece is "Laughing Sal" a huge life-size female doll that rocks back and forth with scary laughter. Yes, there are a million nightmares here, just waiting for your quarter. Please let me share some photos with you. 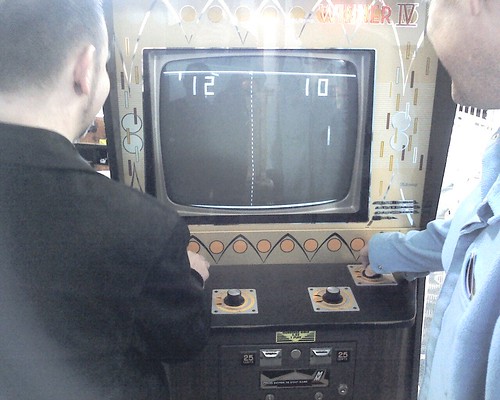 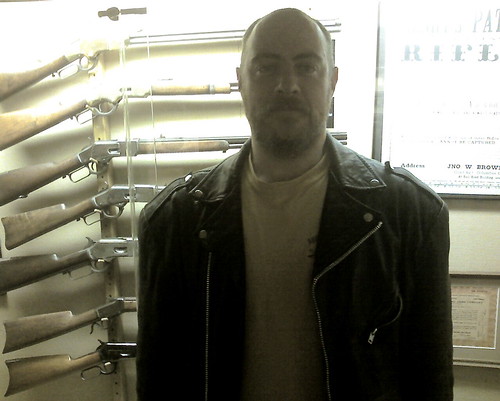 I like to joke that the only thing to do in San Jose on a weekend is drive up to San Francisco. That's not quite true. There is a pretty good art museum, and it's wonderful and affordable to catch a Sharks hockey game (We just won the Pacific division and are currently fighting Detroit for first place in the western conference. Whoo!). I haven't been to the Tech Museum or Lick Observatory, but there are hundreds of great ethnic restaurants everywhere you go. Still, the city pales in comparison to SF. That's why it's great we have the Winchester Mystery House.

The House, if you don't know, was built in 1884 by Sarah Winchester, heiress and widow of the Winchester fortune of guns and sporting goods. She was batshit-crazy and believed as long as construction continued on her house, So, for the next 38 years, a team of carpenters kept adding rooms and additions onto her house. There are staircases that go nowhere, doors that don't work, and the number 13 appearing over and over again. Houdini was said to be impressed as he visited for a seance...

Last Friday, I went on their nighttime flashlight tour. They only do them on the 13th of every month. This year we were lucky, because both February and March had Friday the 13ths. Though they cheat and do a flashlight tour every weekend in October just to capture the Halloween crowd.

It's a good thing I had already been on the daytime tour, because you can't really see anything on the nighttime tour. It's more worth it for the atmospherics of a dozen people trying to stumble their way through a funhouse. It's fun to shine a light through a crack in a door and suddenly realize, holy crap! there are a dozen rooms leading off from zig-zagging hallways. Plus, people periodically jump out at you from the shadows.

It's actually a fun tour, and well worth the money. Now, I want to go to the "Mystery Spot" in Santa Cruz. I see their bumper stickers everywhere, but nobody I've talked to has gone and come back alive...
Collapse