So, to recap: Friday night someone slammed into the back of my car, breaking a lot of plastic and lights, but otherwise leaving my car intact. You can read about it in my post at http://mudcub.livejournal.com/110139.html.

Come to think about it, I wrote another post last week about driving into San Francisco (http://mudcub.livejournal.com/109313.html).

bikerbear wrote the following as a comment to my blog entry:

"if u get phone calls from seedy drunk characters asking for Veronica, it wasn't my doing.. BWAHAHAHAHAHHA"

So, fast forward to today. I decided my VW was drivable, so I went north into The City for the weekend. I parked my car around the corner from the Lone Star. You know... to be *convenient*. I thought I could drink a bit, then switch to Diet Coke, sober up, and then drive home. My car was at a meter next to the Best Western, where I've stayed many nights when I want to be a slut in San Francisco.

Then, drinking commenced. Boy! The Lone Star has tasty frozen margaritas. A little pricey at $6 each, but well worth it. I had two, and a tasty maduro macanudo cigar. Then I went back to my car. 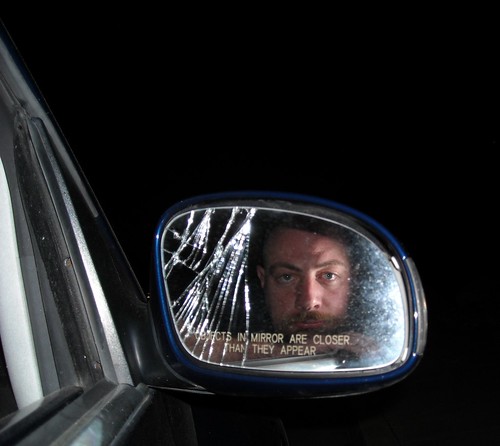 Fucking Tiffany. I bet she's dating Diego and he's in on it, too (an in-joke for