I read a great book a few months ago: Whipping Girl: A Transsexual Woman on Sexism and the Scapegoating of Femininity by Julia Serano. The book infuriated me, but also taught me a lot. One of Serano's points is that TV shows about transwomen always love to show several iconic scenes: the transwoman putting on makeup, laying in a hospital bed after surgery, the tearful "reveal". As if the story can't be told without those important plot points.

I think I understand her point. To cisgender people (i.e. those who are the same gender they were both with), sometimes we think it's All About The Dick. Did she get it cut off? Did that hurt? What does it look like now? Does it still work? Most guys *love* their cocks, and can't imagine living without it. So, for someone to voluntarily give up their penis is strange and terrifying to some men.

Of course, this ignores transfolk who don't have surgery, queer folk who don't claim a gender, and ignores the individual experience that makes each person unique. In fact, I think concentrating solely on dick ignores why trans people are trans. If someone asked my how it feels to be a cisgender man, and then kept asking me all about my blue jeans, repeating, "Now, please tell us about your PANTS," I'd be pretty offended. My gender, my sexuality, and my life is not about what I wear. It can be related (heh... I have tons of kinky gear fetishes {grin}), but simply putting on clothes does not make me what I am. Transwomen are more than the sum of their makeup, shoes, and underwear.

So, after reading about ABC's "Primetime: Family Secrets" on the website Pam's House Blend, I had to grab myself a bottle of tequila and play alone with the Trans Documentary Drinking Game! 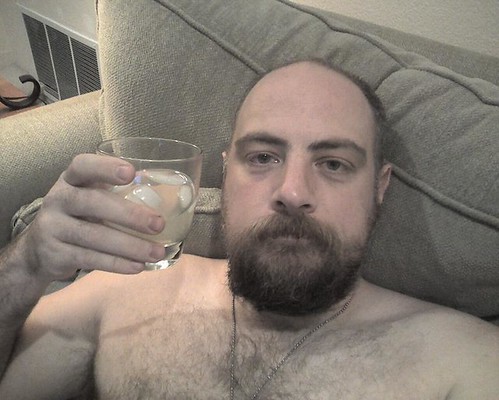