The kid was a huge Mori Chack fan. But when two of the three blind-boxes he bought were dupes, I gave him a gloomy bear for free. The kid explained the exegesis of the bear, and how he keeps repeatedly killing his owner and friend named Pity, bit I didn't quite get it and then the kid walked away. The very next box I opened was a SupaKitch chase. I have a hard time believing that urban vinyl karma was not in play. Note: I still need the Thomas Han, as as the other chases, if anyone wants to trade. 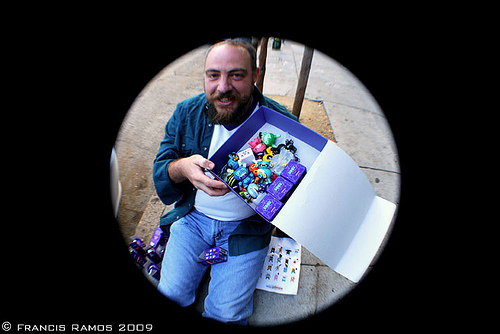 (photo by the talented Francis Ramos, aka Metatron1050)