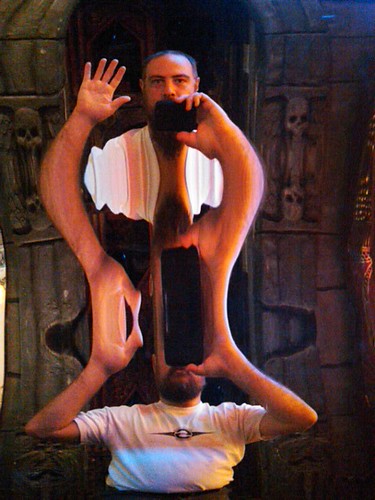 I know I raved last month about Lucky Ju Ju pinball on my blog, but this place is even better. Playland-not-at-the-beach is a cross between a museum and a labor of love. 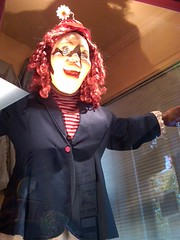 The original "Playland" was an amusement park near Golden Gate Park in San Francisco, near where

pup_ajax lives (West side represent! N-Judah, baby!) They tore down the original Boardwalk in the early 1970s. Fan Richard Tuck bought a bunch of the attractions, and opened up a museum in an old abandonded grocery store just north of Berkeley. 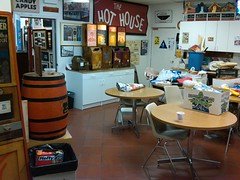 The problem with this is that the place still *looks* like an office building. It's a warren of rooms, none larger than twenty feet by twenty feet. So you turn corners and see fantastic things everywhere you look: pinball machines, skill games, sculptures, and artwork. However, you also see a lot of the "behind the scenes stuff"; I had to walk through a dirty kitchen to get to the arcade. A bunch of flimsy folding chairs were set up in a corner facing a wall - in preparation for a free magic show. It's tacky, but I can't complain... I mean... free magic show! 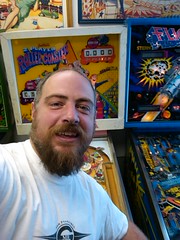 They had the pinball machine I own! I have an old electro-mechanical at my parent's house in Denver. The collection of pinball seemed to be based around the circus - they had had any machine with that theme. But they also had some of my favorites: White Water, Funhouse, Creature From the Black Lagoon, Scared Stiff, and many many others... more than at Lucky Ju Ju. And all were on freeplay, and though the $15 Playland tickets is pricier than the $10 for Lucky Ju Ju, there were fewer people so I got to play a lot more pinball. The machines were maintained pretty good, but not as good as at Lucky Ju Ju... I had some bad flippers and tilted playing fields. 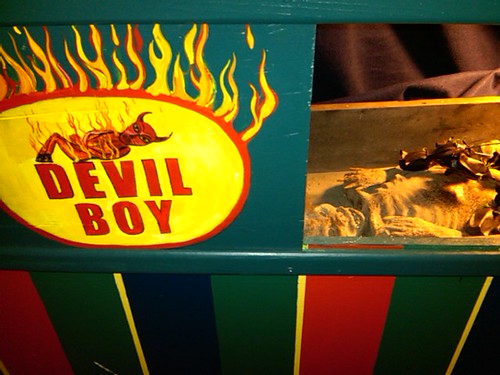 I highly recommend visiting Playland-not-at-the-beach. It got me thinking a lot about why we try to recreate the past, and if it's possible to go back in time and revisit our childhoods. Instead of trying to make money, these people have created a strange all-volunteer junkyard. When I visited, there were volunteers lounging all over the place... I think if you work for an hour you get in free. And it shows - the place had a weird laid-back college dorm room feel. But there's a lot of love here... and I hope they make enough money to keep it running. 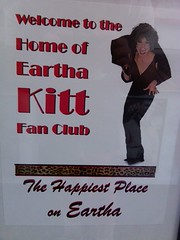 See more photos (not by me) at: http://micechat.com/forums/other-theme-parks-destinations/107776-playland-not-beach.html

The only thing that has bugged me about living in San Jose is the fucking song. You know the one: Burt Bacharach and Hal David, written specifically for Dionne Warwick.

Every time I tell people where I'm living, they start in with the tune. That is... if they are above a "certain age". It's my test for deciding if someone is older than thirty and has or has not seen the Merv Griffin show.

But what strikes me the most about the song is the sad tone of the lyrics. The flugelhorns tend to distract you in thinking that it's a happy song. It's not... there are sentiments like, "Dreams turn into dust and blow away, and there you are without a friend". Yeah, THAT'S a cheery thought. Maybe the couplet, "If I lived in Los Angeles I'd slit my wrists," didn't scan.

Here is a live version in all of its glory. I hope I never hear it again! Are there any songs about Alexandria, Virginia? How about Washington DC?

I know nobody has any extra money right now, but if you could help out the No on 1 campaign right now, it could really turn the tide in favor of gay marriage.

"Why Maine? Why should we care?" It's chilling that your rights can be taken away as quickly as they are given. We have to reverse the recent trend : California creating a special class of people who were married during the seven-month window, or Phoenix taking away the benefits for state employees because a single governor got a message from god. See also the anti-gay crusaders Protect Marriage Washington and NOM. This is the latest line in the sand, and a win here might be the tipping point that prevents our having to fight the same battles again and again.

"I know, Patrick, Maine is important, but we've got our own battles to fight here." You have a point. And I know there is a limited amount of resources as well as emotional strength. This is a close one: 48% against gay marriage to 46% supporting it according to Daily Kos. This is the kind of thing where even $20 can make a huge difference, particularly since it's still early. Your donation won't mean as much in November.

Enough lecturing. I'm sure you have your own causes. And I hope you can attend the GLBT National March on Washington October 11, 2009 if you live on the east coast. This sucks - this really sucks - but things don't change by themselves. Wish them luck... sure. But give them some money... even better.