I was messing around with Photoshop, and this is what I came up with! 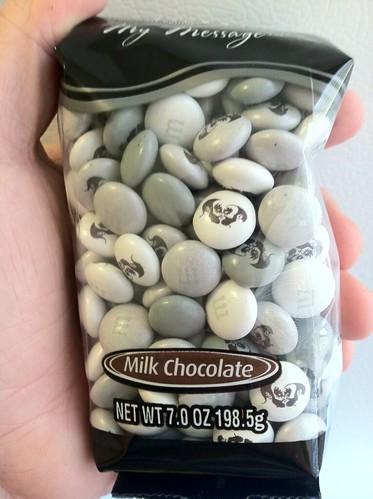 nipperdawg told me that he tried to get a bad of custom M&Ms printed at the web site http://www.mymms.com/. He used a graphic of two guys kissing that was copied from a Tom of Finland piece that he liked. However, Mars Corp refused to print them.

So, I tried the idea myself using the graphic below. It's from a photo that

liftinmoose  found in a piece of graffiti street art in San Francisco. I liked it, and now I have three bags of candy that have that photo engraved on it! Thor likes to add M&Msto his special recipe of Chex Mix, and sometimes to popcorn. Yum! 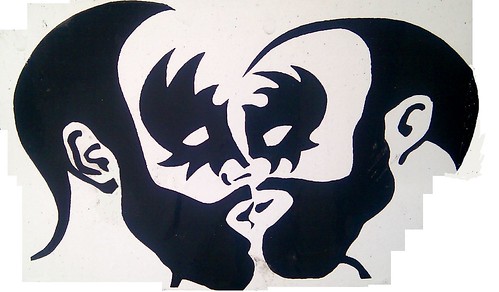