Pleased To Meet Me 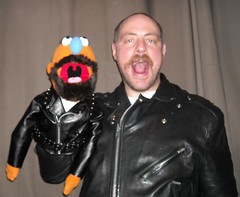 This is my doppelgänger. His name is Also. So, he is actually me... Also. His full name is Also Sprach Zarathustra, or Mr. Zarathustra if you want to be formal. 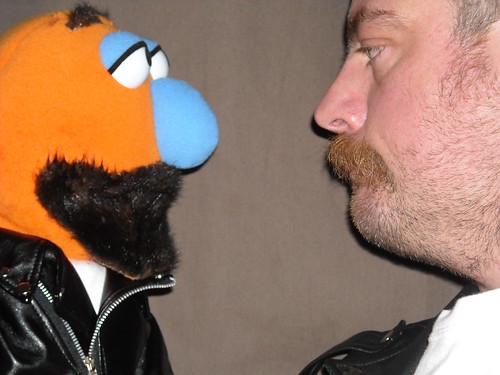 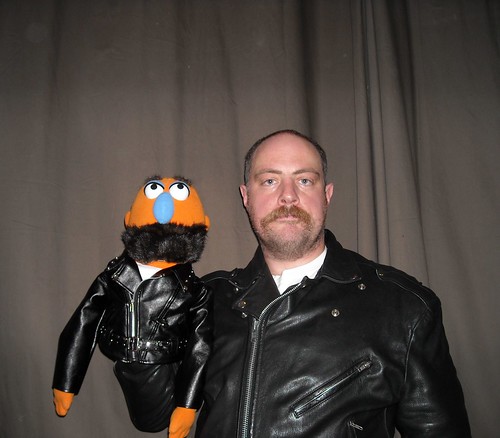 My brother gave me the muppet as a gift. The Jim Henson studios partnered with FAO Schwarz to create a muppet-building workshop. The price is about a hundred bucks. You can make it yourself at their New York store, or order it online, where the manufacturing and shipping takes about three weeks. 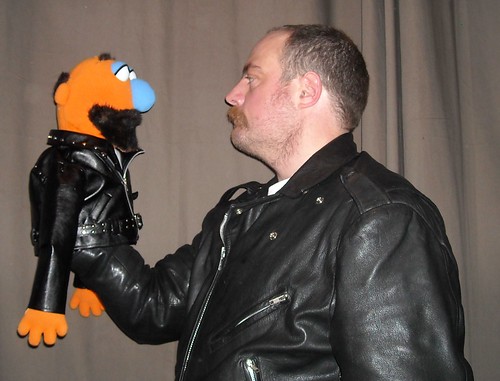 The problem is, I wanted a muppet who looked like me. None of their options had a mustache or beard, and they all had hair. So, I ripped off the hair, and used my rudimentary sewing skills to turn the pompadour into facial hair. I think I was clever to use the cut-out mouth for a "premature balding" patch on the back of Also's head, similar to my own. And of course, I had to give him big bushy eyebrows like myself. 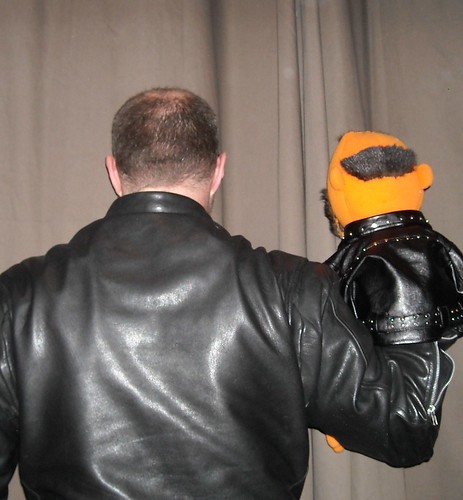 This type of muppet is called by the Jim Henson studios as a "whatnot". They were the miscellaneous characters constructed from leftover parts that filled out the background for the principal characters. So, you could say that I and Also also are merely extras in the movie of someone else's life. But someday we both want to direct. 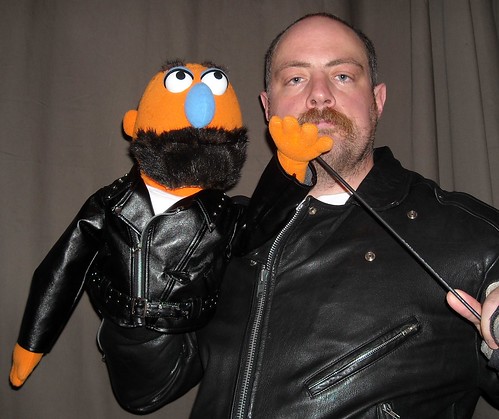